One man’s waste is another man’s legacy

Read about Boombadotmobi's inspirational growth and how they're committed to making a difference in the waste management space. 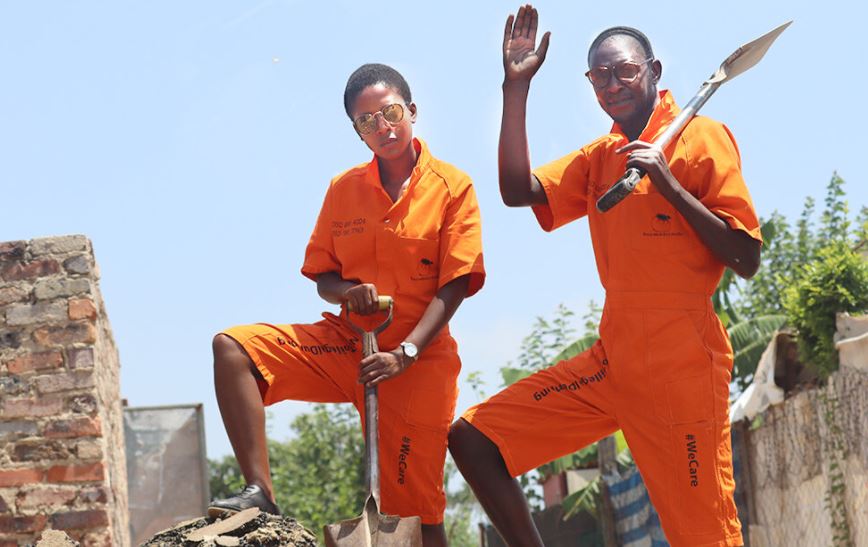 “Do you know where your waste ends up?” This simple yet thought provoking question has driven the growth of Boombadotmobi since its establishment in 2017, turning it into one of South Africa’s most dynamic social enterprises.

Boombadotmobi’s impact has been sufficiently significant to land it a place on Digital Africa 1 000 Entrepreneurs, while the company’s Nondumiso Sibiya was named Fairlady Sanlam Rising Star in the 2019 Women of the Future Awards.

This success was something founder Sbusiso Shongwe couldn’t have imagined when he took the step that would lead to Boombadotmobi’s inception. Shongwe explains that the seed was planted when he decided to rebuild the Diepsloot shack his mother lived in. “Obviously, I needed building material to do this – but I found that all the materials I had purchased were, in fact, waste from other people’s projects.”

This got him thinking: what actually happens to the leftover rubble and waste we all generate? Looking around Diepsloot, he found a rather perturbing answer: the location had clearly become a dumping site for much of the waste from Johannesburg’s suburbs.

Shongwe’s decision to collect this waste has a dual benefit: on the one hand, it prevents the development of illegal dumping sites while, at the same time, distributing the waste to people who may be able to use it.

Having started out with building and construction waste, Boombadotmobi now also collects green waste like garden refuse, which it shares with small scale farmers to be used as compost, as well as mixed waste from, for example, home cleanouts. As he points out, the ‘stuff’ you may no longer have a use for would probably be welcomed by someone who cannot afford to buy it brand new.

“Unemployment is high in Diepsloot and food security is a real issue, so people make do with what they have. The mattress you want to throw out is a real asset for someone used to sleeping on the floor, just as the fencing that’s been thrown away will be put to good use by the farmer who couldn’t afford to secure his lands.”

Shongwe brought Sibiya on board after meeting her at a community centre in Diepsloot. Her passion for the project was both instant and intense, and she now oversees finance and admin while Shongwe concentrates on marketing.

Both are very excited about what the future holds for Boombadotmobi. Shongwe explains that, at present, the start-up’s model mimics that of Uber: people with waste to dispose of put in a call via WhatsApp or Facebook, and a truck is sent to collect and redistribute it. The waste ‘donor’ is sent a picture of the recipient so they know how their contribution has been used.

Going forward, however, the duo is looking forward to harnessing the power of technology to ensure greater efficiency. This isn’t easy, Shongwe admits: although an app would make for greater convenience, many of the drivers are a little sceptical of technology, and illiteracy gets in the way of this goal, too. It’s worth persevering, though, as automation would allow the team to focus on core tasks.

It’s also a goal that is within reach, thanks to the efforts of one of South Africa’s major banks. The partnership was first forged when Boombadotmobi approached the organisation to fund a truck, and was encouraged to think bigger. Now, the company is looking forward to becoming fully automated by March 2021.

Shongwe has his eye on other goals, too: he’s eager to see Boombadotmobi take its place as the first JSE listed company to have been birthed in Diepsloot. Watch this space…

This article is used with the permission of The African Mirror. Boombadotmobi is on the FNB Social Entrepreneurship Impact Lab programme.