Do the maths, Potus — Germany is paying for the defence of the planet

POTUS's meltdown at 2018 NATO summit reveals what matters most to him. 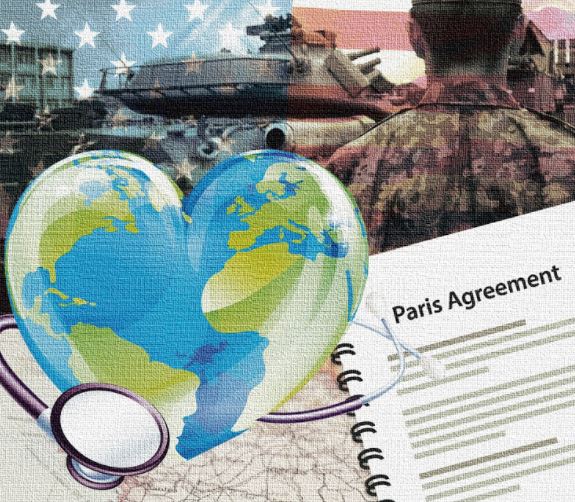 This article appeared in Business Day and was co-authored by Fetola’s Amanda Dinan and Johan Van Den Berg.

The president of the US (Potus) came to the Nato summit, saw and left the chaos he bestows so generously. In the intervening period he aggravated and insulted his Nato partners in general and Germany in particular.

He found time to allege that Germany is totally controlled by Russia due to the fact that Germany will be buying a significant quantum of natural gas from Vladimir Putin.

Then he played the impatient, long-suffering parent wanting the juvenile to start earning his/her own way: the US spends more than 4% of a large GDP on defence, including Nato. Why, oh why are they not spending the 2% they promised to spend? Especially a rich country like Germany, sitting at a paltry 1.3%.

“They could do it tomorrow,” Potus asserted. (Let us avoid his name so as not to be part of feeding the personality cult.) Well Potus, stretch your attention span and bear with us; they are doing so today.

Let us go back two years and remember that after a decade of work the Paris Agreement on climate was triumphantly agreed to in December 2015, signed in April 2016 and became part of international law in November 2016. This was done by 176 countries, including the US and Russia. The entire international community, for practical purposes.

The Paris Agreement recognises that safeguarding the planet for human habitation requires deep and disruptive cuts in our carbon emissions and that the only alternative is to pursue fossil fuel-free technologies. It envisions zero carbon emissions after 2050, which implies the end of the coal, oil and gas era as we know it.

This immediately threatened the wealth of a host of business interests embedded in the oil and gas industry, and indeed the well-being of countries that are heavily dependent on these sectors. Russia and some “oil-igarchs” in the US suddenly had a common enemy: the climate demands of human survival.

Soon after his election, the incumbent Potus stocked his administration with climate denialists and even a former oil industry executive. He repudiated the Paris Agreement soon after, and if his administration can be said to be spending anything on climate, it would be a negative spend aimed at diminishing the ability of the Environmental Protection Agency to enforce climate norms and undermining the international consensus built by the Paris Agreement.

Now, back to the present day and the Nato summit: if someone were to ask the US president what threats worry him so much that he would be willing to insult partners of long-standing to prompt them to spend more in preparing for these threats, what would he say?

Given that he evidently trusts Putin as much or more than his own intelligence services, it cannot be Russia. That leaves North Korea, Islamic State, other terrorist organisations and perhaps China. Oh, and if it’s Tuesday, Russia might be the bad guy again (was it Tuesday when he complained about the gas deal with Germany? Can’t recall).

He might argue that another 9/11 might occur, that some unfortunate eastern European country might fall under Russian influence, that China might get control of some island in the South China Sea. In an extreme case, that a North Korean nuclear missile might hit mainland US before that tiny country is wiped away in retaliation.

These are all grave matters of great consequence that should be avoided if at all possible. And yet, in the course of history all of these things have happened before. In all those instances, life went on, people recovered, war was followed by peace, tyranny often by détente. The damage was usually undone within decades. History went on and hope sprung eternal.

On the climate front, that isn’t necessarily the case. Catastrophic climate change is not an eventuality like war that might one day occur because of human folly. It’s a scientific certainty, sure to occur but for extreme international heroism, solidarity and innovation in the next few decades. If it goes wrong, the soonest it will be fixed is perhaps 100,000 years from now. Hope itself is at stake, for countless generations.

Greenhouse gas emissions spread themselves evenly around the globe. Emissions emanating from the north impact the global climate just like those from the south. And emissions avoided likewise benefit everyone, everywhere. Money spent on defence against climate change is to the benefit of everyone. The EU was the pioneer in addressing this challenge. It started capping carbon emissions 15 years ago, created the first emissions trading market through the EU Emissions Trading Scheme (ETS) and supported countless emissions-reduction projects in the developing world through the Clean Development Mechanism, by allowing those savings to be traded into the EU ETS. This was while the US “unsigned” the Kyoto Protocol and enjoyed the fruits of Europe’s labours.

Germany, specifically, took the global lead at a time when renewable energy was more expensive than fossil fuel power. We can calculate Germany’s investment by comparing what it currently pays for renewable electricity (procured for the long term when it was still expensive) with what another country like Germany would pay today, now that Germany has dropped prices for everyone. The amount is about €22bn per annum.

In this manner Germany leveraged for the entire international community the benefits of mass production of solar photovoltaic power, leading prices to drop by about 90% in the past 15 years. Wind power prices have dropped by 50% or more, just in the past five years, and here too Europe and Germany have played a large role. The €22bn a year happens to be 0.73% of German GDP, bringing the country’s total defence spending to the 2% Potus so desires.

Germany has taken leadership on the climate front, investing in alternative energy and the resultant scaling essentially led to fast forward the cost efficiencies in the industry, meaning that renewable energy is now the cheapest source of new electricity in about 70 countries, as well as many places in the US.

To this benefit that Germany has created globally the US once contributed through the deployment of a large wind fleet, in the early days. But Potus is trying to reverse and nullify this. Indeed, he is pondering regulations to force American consumers to buy coal-derived, expensive electricity, to avoid further coal plants from shutting down. Paying subsidies so the atmosphere can be further polluted.

The US, the richest country, refuses to pay for the defence of our planet and refuses to collaborate to address this threat. It is time this fact is raised when Potus raises his voice about defence spending. On the most challenging threat of all, Germany spends more than anyone else.

Amanda is Fetola’s sustainability expert, with experience ranging from water resource and infrastructure planning to environmental impact assessments, from the financial sector (socially responsible investment) and corporate consulting to project management of energy efficient stove programmes in rural parts of Mozambique and Malawi. She has worked all over Southern Africa and brings a fresh approach to the enterprise development specialist offering at Fetola.